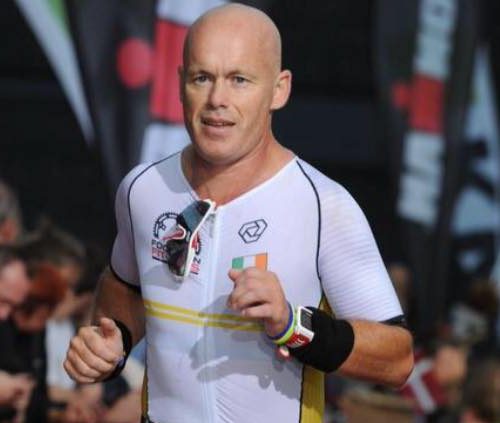 I met Martin over two years ago, I had been doing some sprint triathlons but my goal was always to see if I could do longer events such as a half marathon, full marathon or even an Ironman. I had an initial chat with Martin, from the outset I knew certain things I was doing were not helping me. I smoked 20 cigs a day and went out for a few pints a couple of times a week. I also had 3 operations on my knees in previous years from football injuries which were always going to be an issue for me.
Did any of that phase Martin? No!
Martin set about setting challenges for me, using daily training tasks that were individual to me.

I completed my first half marathon in Dec 2014; my goal then was to complete an Ironman in Copenhagen in Aug 2015. By following Martins training plan and with regular meetings with him I could see I was getting stronger and fitter, even though at times I didn’t see the bigger picture he did and he kept me focused on the end goal.

In April 2015 I suffered a setback with my left knee and had to have another operation, I was told that was it as far as biking and running goes. Or that was that I thought. Martin spoke with my surgeon he said unless I could build up enough strength around my knee I would never get the training in to complete an Ironman.

Martin set about a new training plan with pool running, cross training and weights to maintain fitness and build up the strength in my knee. There were times I thought this is not going to work but it did and I completed the Ironman Copenhagen in Aug 15.
Since then I’ve had very few injuries and I recently completed my first marathon in Paris, April 2016.

In summary I found Martin very approachable and understanding of my needs and limitations whether it’s to lose some weight, do a 5 k race or a marathon; regardless of ability everyone is treated as an individual. His classes are fun and productive. I would recommend anybody to try focus on fitness it’s changed me for the better in so many ways.