Another busy month at Focus on Fitness!

The KTC duathlon held in the fabulous grounds of Kilkenny Castle, on a beautiful day sunny day making the location even better.  There was another great turn out from Focus on Fitness for this local event. I was delighted to be taking part in a duathlon again after The Race, finishing 2nd place in (1:04). Brian Jacob was next in 1:10 fresh from The Race as well. Siobhan Kennedy won the ladies race in (1:12) after a close battle with KTC member Niamh Richardson. Darrell Evans was next in (1:13), Paul Rossiter finished in (1:19), followed closely by Nigel O’Sullivan in a sprint with Davy White for the finish both finished in (1:20) with Nigel inching ahead. Ann Hennebry finished in (1:26), Ger Nolan was next in (1:27), Julie Monaghan crossed the line in (1:31), and Siobhán Keating in (1:34).

Well done to also to all from Waterford Triathlon Club who took part on the day. 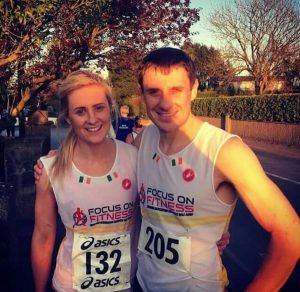 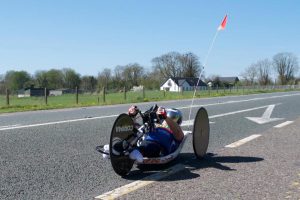 Seamus Wall won the H4 cat and set a course record of 28 minutes 33 seconds in round 3 of the Paracycling Invacare league.

Damien Vereker piloted by Dermot Radford won the tandem cat in prep for the upcoming World cup events in Italy this May. 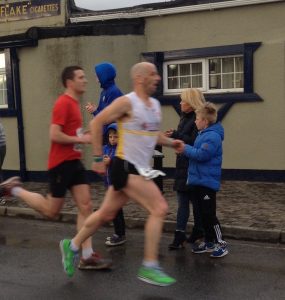 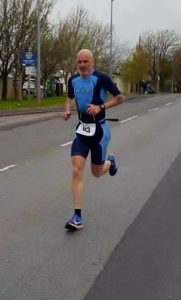 Jason Travers continued with the duathlon series,  racing the Banner Duathlon in Co. Clare. Another solid race he finished in 13th place and was second in his age group in a time of (1:01)

Without doubt one of the toughest races in the adventure race series. This race  involves racers running and cycling through the Wicklow Mountains National Park and Glendalough Valley as well as kayaking across the spectacular Upper Lake to finish in Glendalough.

Gareth Pope and Jason Travers raced the Kinsale Triclub National series Battle of Ballinspittle Duathlon. This is  a tough race with some big climbing on the bike and a very hilly off road 2nd run. Jason finished 10th overall and 2nd in his category. Gareth was racing in his home town and finished 2nd in his category. 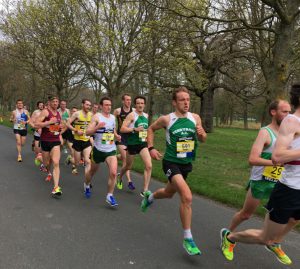 This is one of the big fixtures in the AAI calendar each year. Eoin Lyons ran a great race on what is a tough course with some of the best runners in the country. He was running with Ferrybank AC and finished in (00:34:24) crossing the line in 2nd place for the club. 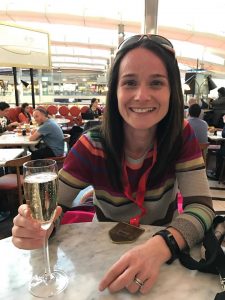 Ciara Mc Sweeney traveled to London to take part in this big city Marathon. Following on from an injury which hampered her Dublin marathon attempt  at the end of last year, Ciara ran a fantastic race finishing in (03:35:43) taking almost 20 min off her PB time she was delighted to make such a come back.

Paul Cahill took on the Vienna Marathon on the same day as London. Paul put in a lot of work training for this over the winter and to pick up a chest infection in the week leading into the race finishing an Antibiotic 2 days before the race. He ran a great race on the day finishing in 3:24 and taking 18 min of his PB all the hard work was not in vain. 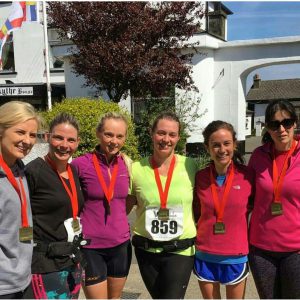 This half marathon is classed as being one of the fastest courses around. It was another hot, sunny day but some great times allround.

This is the first race of the triathlon season and always a very popular race. The Olympic distance pool based race was a good marker for some of the lads heading for Mallorca coming up. Nigel O’ Sullivan finished in (2.41), Jim O’ Brien finished in (2.45) and Gareth Pope finished in (2.51) Ann Hennebry had a mechanical on the bike and had to pull out of the race.

Well done to everyone! Great racing all round. Apologies if I have forgotten anyone.

May has been another busy month if you have photos or times can you send to Focus on Fitness Facebook via messenger. Thank you!

There are a few places left on the Focus on Fitness Hands on Cookery Demonstration with Cian Hawes of @purefoodcompany happening at the end of the month.