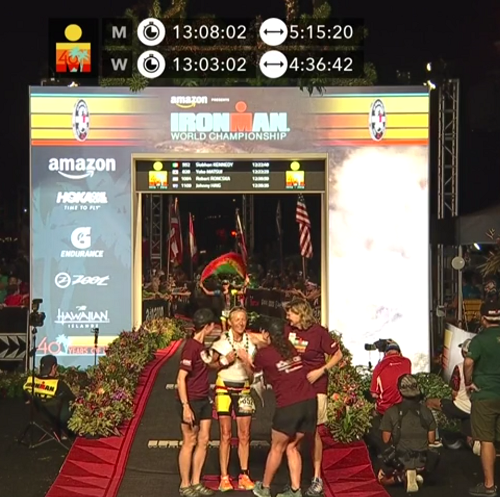 I got ‘hooked’ into the world of Triathlon in 2010. I was an absolute beginner at the sport, I had never cycled or swam, my only background was in underage cross-country and track running but that was many moons ago, basically I had no clue where to start, what was involved or ‘how’ to train. I contacted Martin Kirwan, Focus on Fitness for coaching and advice. I received a structured and tailored training program and progressed from strength to strength. I started competing in local road races and on the duathlon/triathlon scene in Sprint, Olympic, Half-Ironman and Ironman distances. The program covered all aspects of my training including Strength and Conditioning, Functional Movement, Running Technique, Bike Skills and Food & Nutrition for performance.

Thanks to Focus on Fitness I have received great enjoyment from the sport and the training and to top it all I have had lots of success and a number of podium finishes in duathlons and won lots of age group prizes both in Triathlon and local road races. I won my age group in both the National Duathlon Championships & National Half-Ironman. In October 2014, I completed the Dublin Marathon (my first stand-alone marathon) in a time of 3 hours 14 mins. To-date I have competed in four Ironman races; Austria, Lanzarote, Nice and Copenhagen. In Ironman Lanzarote (known as one of the toughest Ironman races on the international circuit), I finished 2nd in my age group and just narrowly missed out on a much sought after spot for the World Championships in Kona. Being on the podium at an Ironman race is attributed to Focus on Fitness, the preparation and training I received was tailored for that particular race. Martin had every aspect of the race covered from the strong winds to the savage climbs on the bike. Focus on Fitness has a lot to offer all athletes at all levels and ability, it is not always about success and winning, it is also about doing the best that you can do on any given day and Focus on Fitness has something to offer everyone.

In June 2014, I competed in Ironman Nice. Weather conditions on the day were dreadful, torrential rain made road conditions dangerous and having completed 150km of a tough bike course I suffered a bike accident resulting in significant injuries leaving me unable to work or drive for six months (which is a story in itself!) and it looked like my triathlon days were a ‘thing of the past’. After a couple of months I started working with Martin on a rehabilitation program, basically we had to start from scratch, building back basic mobility, strength, and over time my fitness but most importantly and hardest of all to achieve…confidence. Recovery was a long slow road but the program Martin put together for me and the support, advice, patience and encouragement brought me incredibly right back to the start line of Ironman Copenhagen (just 13 months later) and to a personal best time over the Ironman distance. This would never have been possible without Focus on Fitness and a rehabilitation / training program designed exactly for what I needed to get back out there taking part and competing again. Everything I have achieved, I attribute to the training programs, support and advice I get from Focus on Fitness. What Focus on Fitness offers is a ‘unique’ package, tailored to individual needs, combining Experience, Knowledge, Commitment, Time and above all Patience!

Latest Update on a fantastic year! 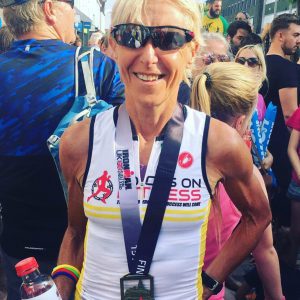