First Race Report January/February 2018! A busy start to the year for all athletes with another big year ahead for Focus on Fitness. We are looking forward to a great 2018.

If you have any goals, events you need coaching advice for give me a call.

The first weekend of the New Year and back to racing with the #ferrycarrig5mile. Good running conditions, a big entry and a great standard in both the male and female race.
From Focus on Fitness we had Martin Mizgajski who ran 29.11, I ran 30.58, Siobhan Kennedy ran 34.41 winning her age group and Maggie Murphy finishing in 41.39.
Always a great race to kick start the new year. 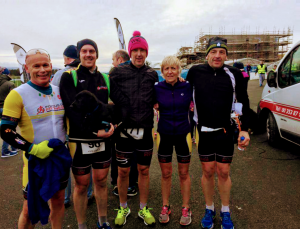 January kicks off with the annual trip to Punchestown, Naas for race one of the Naas Triathlon Club 3 race series of duathlons.
Conditions were good compared to most years… cold! but dry. 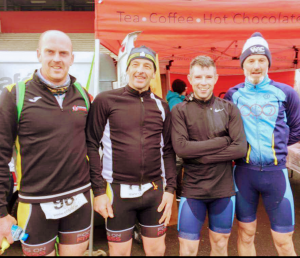 Focus on Fitness was well represented with 9 athletes taking to the start line. The pace was hot from the gun on the 3km run around the outside of the race course, followed by 20 km bike route and the same 3 km run to the finish line.

Shane Power was first across the line from the group finishing 11th place in 58:53, Jason Travers was next in 59:36, 15th position and 2nd in age group.

Siobhan Kennedy was next taking a podium position, 3rd female overall in 1:11. Neil Griffin was next in 1:11, Nigel O’Sullivan finished in 1:14 and Colin Dunne in 1:24.

Well done to everyone racing today, a great opening to the 2018 duathlon season.

The annual St Pauls Parish Frank Leahy 5 mile road race took part on Sun 21st. A great lead in race for the John Tracy 10 mile coming up on Feb 4th. Great run conditions on the day even though it was raining on this fast 5 mile course which took the runners out of the city to Butlerstown and back into the finish on Paddy Browns road. 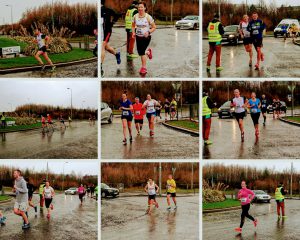 Well done to everyone who took part on the day. 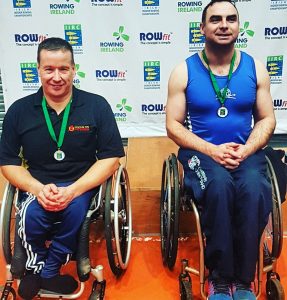 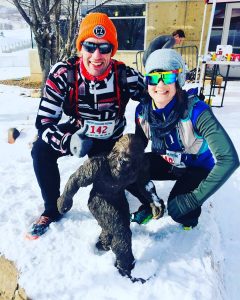 The Big Foot Snow Shoe Festival took place in Midway, Utah, USA. There was varying distances from 50 km down to 5 km distances on the day. Valerie Arechiga took part in the full marathon on a tough course, running in snow shoes! This looks incredibly tough going.

Valerie had a great race finishing 2nd overall, covering the 42 kms in 5 hrs 28 mins, only 6 sec behind the winner. A great start to the season with some more amazing races coming up later in the year.

The John Treacy 10 mile is in its 27th year; one of the big road races of the year. It is always a good race to kick start the year, if you are lucky enough to get an entry for the race. The massive 2,700 strong field at the start line headed out into the West Waterford countryside in perfect running conditions.  As always there was a big turn out from Focus on Fitness. 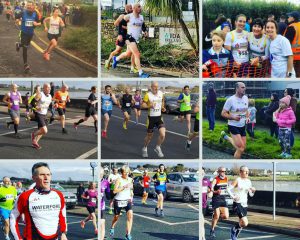 Well done to everyone who took part and hopefully I didn’t forget anyone.

The Wexford 5km night run which was a novel race in aid of the Irish Kidney association on a flat fast course around the streets of Wexford town on Feb 8th. Maggie Murphy represented the group and finished in a time of 24:26

The 12th edition of the Anne Valley 5 mile road race took place on Feb 10th. The scenic but challenging  route starting outside Dunhill taking in Annestown and finishing back in Dunhill for the now famous after race tea and cake. Ken Dickenson was across the line first from Focus on Fitness in 33.51 followed closely by David McConnell in 34.03, Eimear McSweeney 42:55 and  Bob Cowman 45:38. 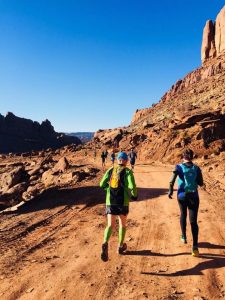 Valerie Arechiga and Mark Hayden had another big race to follow on from the Snow marathon only a few weeks ago. The Moab 55km based in Utah is an off road race. With a  very scenic route but challenging with a mixture of dust trails and slick rock with a total elevation gain of 1,500 mts over the 55km. Valerie crossed the line in 6hrs 56 min finishing 29th in the female race. Mark finished in 8hrs 37 min. Another Ultra race done for Valerie and another big race coming up in the next few weeks and its only March. 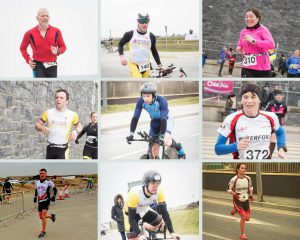 The WTC annual duathlon took place in the great location of Tramore. The weather was cold but conditions were good for racing. With up on 400 participants taking part it is definitely one of the biggest duathlons on the calendar. Focus on Fitness was well represented on the day.

The racing was hot up front from the start. The first run was very fast with Emmet Kelly leading the race out followed closely by Eoin Lyons and Colin Turner. Eoin took the lead towards the end of the run and held the lead on the bike and out on the 2nd run.

Colin Turner had a great run to take the lead in the last 500 mtrs of the run claiming victory. Eoin took 2nd place overall coming back well from injury. Mark Gater was next as part of a relay with Craig O’Brien. Mark did the bike leg and they won the relay race finishing 6th overall.  Marcin Mizgajski and Shane Power (Tried and Tested) had a big battle, with Marcin catching Shane in the last few hundred meters. Marcin  finished in 58:22 8th place with Shane 10 sec behind in 9th. Great to see such close racing, this really pushes athletes.

Well done to everyone who took part, all the marshalls and Waterford Triathlon Club for a great race.

Anthony Hughes took part in the Callan 10 km getting in more race prep in the early season finishing the race in 44:15

West Waterford AC O’Reilly Butchers 4 mile road race. A new route and shortened distance this year with a change of scenery taking in some of the Greenway as part of the course. Eoin Lyons had a great race following on from a great result in Tramore the day before crossing the line in 3rd place overall in a time of 21:05. David Devine was next in 24:21, followed by Eamon Ryan  in 24:53, Katie Jacob finished in 34:00. 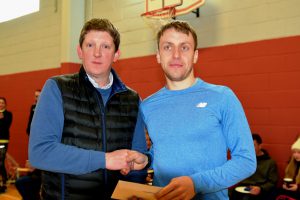 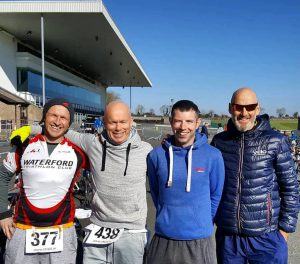 Race 2 in the Naas duathlon series took place with a great standard lining u for the race. Four athletes made the journey from Focus on Fitness.

This is good preparation for the up coming national duathlon championships. over the next few weeks. 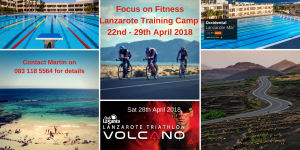 8 Weeks to  Focus on Fitness Training Camp in Lanzarote If interested let me know.

Delighted to announce that Eoin Lyons from Swimfast Coaching is joining us as swim coach.